Student engagement not only makes teaching more enjoyable, engaging, and rewarding, but it has also been proved to have significant effects on pupils. Students who are engaged are more likely to thrive academically, create a greater sense of connection with their school, and have a better sense of social-emotional well-being. Low student engagement, on the other hand, is linked to a slew of bad outcomes, including delinquency, aggression, substance addiction, and school dropout. As a result, promoting student engagement at all grade levels is crucial.

Let’s try to understand the different types of student engagement in classroom.

Cognitive engagement refers to the cognitive functions that are engaged in a student’s learning process, as well as how intrinsically driven and invested pupils are in the process, and also how much they regulate and take ownership of it. Solving complicated issues, applying thinking abilities, and implementing learning tactics such as reviewing knowledge and participating in question-and-answer sessions are all examples of cognitive engagement. Students are cognitively engaged when they seek for clarification or share examples of their own. Students learn to process (and “own”) the concepts, abilities, and attitudes provided in these situations.

Emotional engagement refers to how students feel about their teacher, classroom, and overall learning experience, as well as their sense of belonging and the emphasis they put on their work. It expresses the emotions that students are experiencing and displaying in a particular class.  Confusion, worry, excitement, and anticipation, as well as apathy, are all possible emotions. When one is engaged in an activity that gives delight or interest, such as watching television, doing a hobby, or listening to a podcast, one is more likely to spend time and effort. A positive emotional engagement can also help students endure in the face of setbacks and boost their self-efficacy. This category of engagement showcases to us a student’s sentiments, attitudes, and perceptions about school, specifically their sense of belonging, curiosity, eagerness to study and their interest and liking of the school.

Behavioural engagement entails a student’s adherence to regulations as well as participation in class and extracurricular activities and is also the observable measures of cognitive and emotional engagement. When students nod in agreement or grin, look bewildered, take notes, or provide a question or comment, effective instructors take note. Time spent on task is another indicator. These physical behaviours, on the other hand, may not reflect the full depth and breadth of student participation. As a result, employing relevant active learning tactics at the right time during the session may allow us to get a more realistic picture of our students’ participation. In layman language, it refers to how engaged and attentive kids are in class and at school in general, such as their participation and involvement in learning process, classwork activities and even their engagement with other peers in a team work exercise.

Since behaviours, emotions, and cognitions all play a role in development, it’s critical to think about all the three, behavioural engagement, emotional engagement, and cognitive engagement while putting together a definite approach for student’s learning and development. All three types of engagement can influence a student’s motivation for academic accomplishment, which is influenced by their perspectives of the school environment. Hence, it should be examined holistically rather than in isolation. There has been increased attention on the importance of engagement and its role in enhancing learning, and promoting student motivation and retention and when done with involving all three dimensions, the results are on a higher positive level in regard to student learning and classroom management.

Student Engagement and its Significance

We created N.P.I.C with the vision to provide an excellent opportunity to students and parents who are looking for holistic development. We have built not just the buildings and classrooms but fostered a healthy ecosystem for learning and education. We believe in dreams of our students and aspire to create a culture that enables them to soar high in sky. 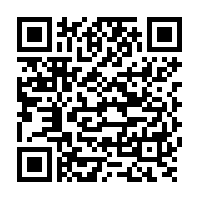